Christmas! Yay! Christmas! Woo! How much more amazing is Christmas when you have children? Lots, that’s what! Just seeing the wonder and excitement in Betsy’s eyes made the whole world a brilliant place and mundane car journeys fun when we’re all shouting “SPARKLY LIGHTS!” at the top of our voices whenever we see decorations. Our festive season has been so creative! I’ve mentioned before, since Arthur has been along, we’ve not been doing an awful lot at home. Entirely my fault, Betsy is always more than willing to do things, but sometimes it’s just easier looking after two children when the telly is on. How awful is that? To be fair to me, the amount of lazy parenting I’m relying on has been decreasing as Arthur’s got older and now he’s happy to play on the floor/be in the highchair/go on my back in the sling, we can do much more in the house (still not increased the amount of housework I’m doing though, dang). The Christmas elves have been brilliant at helping out with the extra creativity and activities in the house. Because Betsy expects something every day from them, I’m forced to create something for her to make or think about.

Some things didn’t always work out. A couple of days where I tried to encourage a bit of generosity (like donating unwanted toys to others for example) were met with a bit of resistance as she’s not quite mature enough to really grab that concept. Next year I think we’ll be able to do more of an emphasis on kindness, like the elves ours are based on. On other days, Betsy was given things to decorate or make (a cardboard star to découpage, paperchains, gingerbread playdough). The gingerbread house went down particularly well, but mainly for the packet of Allsorts and marshmallows. Note to self: put house together beforehand. Waiting for royal icing to set (and thus waiting to do the fun stuff to the house) takes a while and makes a child bored. One day she was given a mini tree to look after. 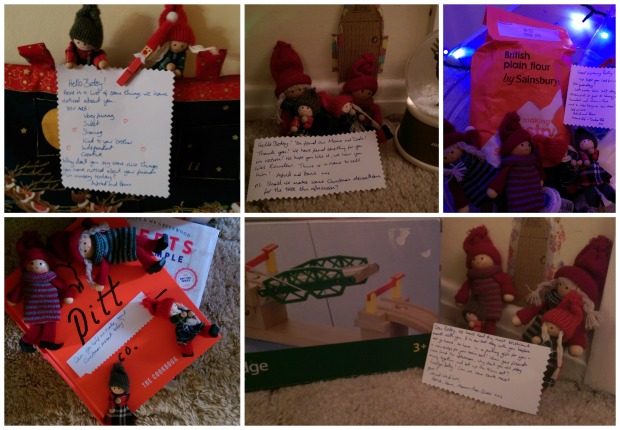 We also set out to make some salt dough ornaments for the tree, but we ended up being really busy that day and so they didn’t get made. Next year! The elves also gave Betsy a list of her good qualities as a person, a snowglobe and a bridge for her train set. Have you noticed the number of elves increased towards the end? I saw some elves in Tiger and grabbed them. These were much bigger and sturdier than my Hobbycraft elves (in fact, these are the elves the Imagination Tree use) and figured they’d be good to keep just incase ours don’t make it through the season. Betsy found them. Rather than ask me what or who they were, she immediately decided these bigger elves were Astrid and Hans’ parents and then proceeded to play with them and got the children elves to show the parents around the house and told them they have to put chocolate in the advent calendar every night. That imaginative play I think was one of my highlights of December.

Getting our Christmas tree was another highlight. We had got up super early and headed out to a garden centre at eight. We ended up with a great deal and bought a tree that was waay too big for our living room. But, hey, it was a bargain!

After a bit of trimming, we decorated and this was the first year Betsy could help. She *loved* putting up the decorations even if they were all on the one small spot to the side. 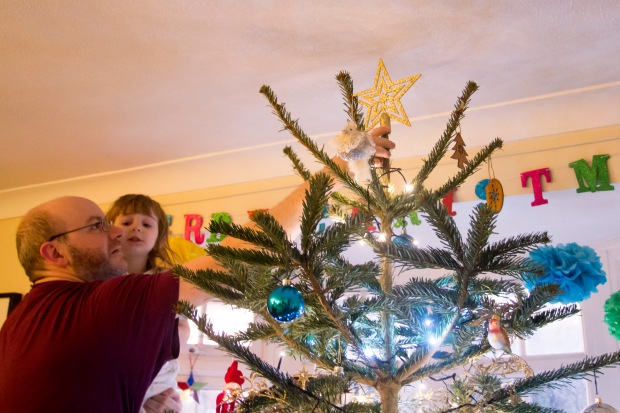 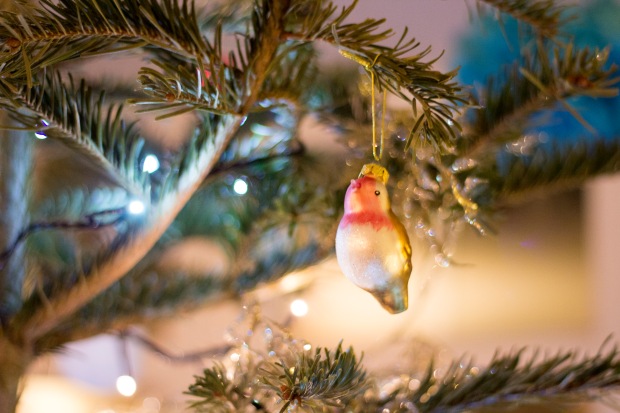 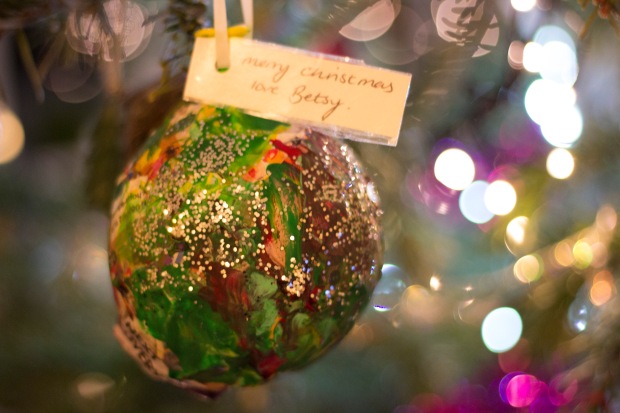 I loved how all the lights reflected in our window at night.

I wasn’t too keen on our mix of warm and cool white lights though. We’ve just bought a new set of lights in the sales so next year the tree will have the lovely warm white as well as a huge string of multi coloured. It’s a bit retro, but I flipping love it.

Also, also! I took park in a wreath making workshop in the brilliant Love 13 in Bush Hill Park. I had a fantastic time (and a couple of house to myself, amazing) and made something that I think is rather beautiful. From this… 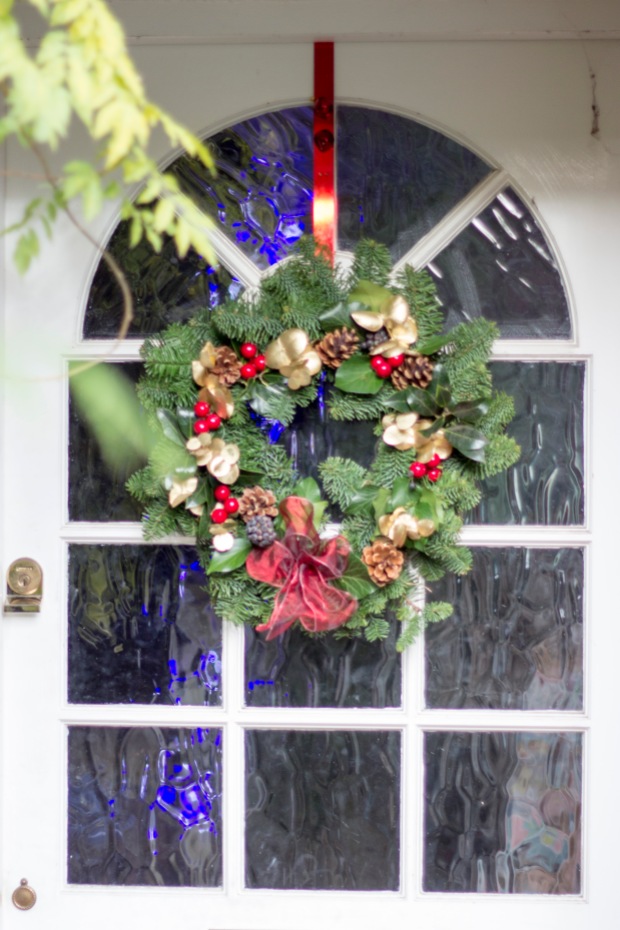 I also made a very tasty Christmas cake. There’s still some left!

Phew! I’m tired out just typing that. And that doesn’t include the trip to London Zoo to meet Father Christmas, parties, Christmas ham (seriously, the best ham ever), being with friends and family or anything we did on Christmas day or boxing day (which were amazing, but a blur and too busy for photos). Betsy was devastated when we had to take the tree down, and I was a bit too, it’s been too fun! I think with a four year old and a 18 month year old Christmas ’15 is going to be even more awesome! Come on, December! 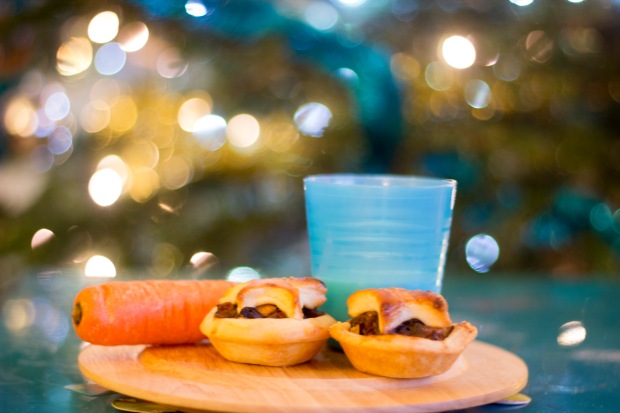