We have done a lot this half term weekend. We’ve braved the crowds in central London three times, eaten a lot, watched way too much Dora the Explorer and have generally enjoyed each other’s company a lot. I’m also in bad need of a nap. 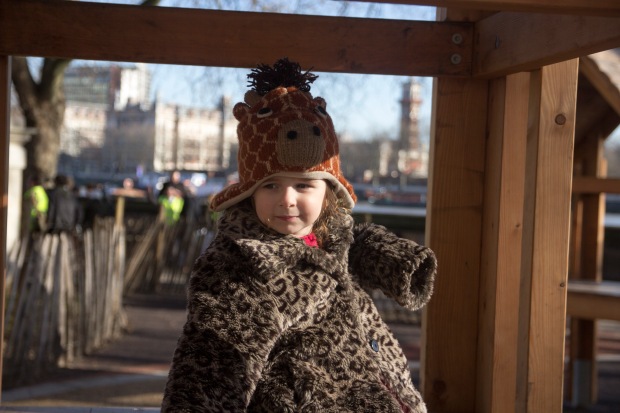 THIS GIRL. We’ve had such a brilliant week together, she and I. Since Arthur was born and Betsy turned three, my stress levels have gone up and so has the quickness of my temper. Betsy has big emotions and I don’t always help her as well as I could when my default emotion these days seems to be irritated. I guess we’re both still finding our feet with each other after the arrival of Art. Anyway, things seemed to have clicked a bit more this week. We had our first trip out just her and I which probably helped, but even before that Boo has seemed a bit happier and I was calmer and actually felt like more of the gentle parent I want to be. I don’t know if that’s because Betsy didn’t go to nursery this week, or she’s had some kind of developmental growth, or it was because Dave was working 9-5 shifts, or the St John’s Wort kicked in or what, but things definitely felt better*. 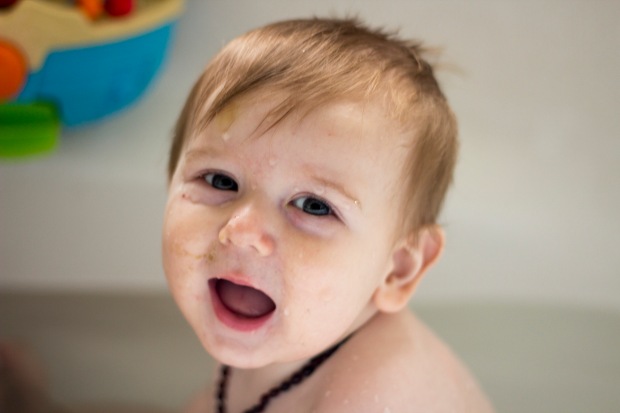 This poor face. Covered in snot (another cold!), bruises from quite a few falls and knocks and felt-tip pen from Betsy drawing on him. Still at least he’s been pretty cheerful about the whole thing. He also discovered his new favourite pastime this week which was gnawing on whole apples.

We also spotted our first ladybird of the spring this week (which seems too early?) on the pavement near the train station. We picked it up and Betsy very carefully held the card the bug was sitting on. He eventually crawled up into Boo’s coat sleeve and remained there until we got home and we popped it onto one of our planters outside the front door. When I asked her if we should give the ladybird a name she replied we should call him Arthur. Hope you enjoy your new home, Arthur!

*I’ve just realised that I think I’ve made it sound like the times here are bad between me and Boo most of the time, but they’re not at all. But while the testing times are fewer than the good times, sometimes the testing times can overshadow the good. Do you know what I mean?