The traditional folk custom of wassailing fruit trees – a ceremony intended to begin the process of waking the fruit trees from their winter slumber and the first fertility festival of the folk calendar.
– Whitedragon.org.uk

Wassailing is a very old practice found in rural areas, namely places that tend to have a lot of orchards, like Somerset and Herefordshire. Our local orchard in Forty Hall do a wassailing ceremony every year, but so far we have missed it every time (this year we were galavanting around Canary Warf), next year we’ll make it! Instead I thought we could wake up our little apple tree in our garden.

The ceremony involves making noise by singing and using what instruments we had and (gently) hitting the trunk and branches to wake the tree up from its winter slumber (although it’s been so mild this year the tree was probably only dozing). Unsurprisingly the kids rather got into this a lot, Betsy was really fascinated about the waking up part, and was only a little disappointed that the tree didn’t blossom right then and there. 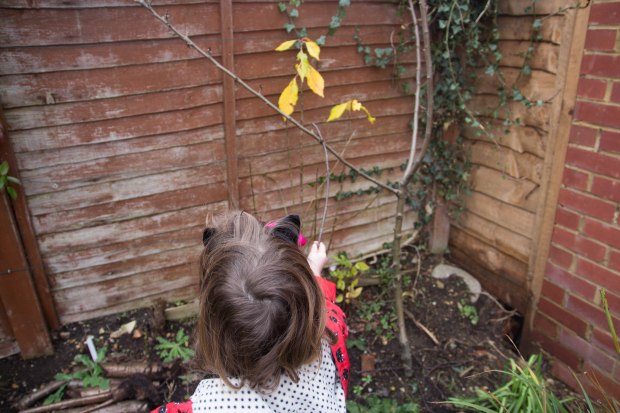 Traditionally you also give the tree a drink (and you have one for yourself too) of cider or ale, but we went for a spiced hot apple juice. Bread is normally left in the branches as an offering too, but as I’m a right old grump about feeding birds bread, we left out a few fat balls instead. I’m not sure if we will keep feeding the birds after this, I know you are supposed to, especially once spring arrives, but every time we have, I find myself just getting very annoyed with all the squirrels helping themselves to the food. Last time we left food out I caught a rat having a feed! However, it’s the RSPB’s annual Birdwatch this Saturday coming so we will make sure there’s some food out for that for sure while we do some spotting.

That’s if we see any birds! There has been some building work to the house behind our garden and since then they have all disappeared somewhat. Still plenty of birds to look at on the roofs of our neighbours (magpies and crows mainly, although we had the pleasure of seeing a heron over the weekend), but I haven’t really seen any small birds. We used to get a ton of great tits and blue and there was a little wren that used to pop by too. Super important to do the RSPB spot this weekend if only to see if the small birds have been frightened away or if I’ve just been terribly unobservant.

Anyway, as we’re in my garden, fancy having a look to see how things are going? This is what the garden looked like a couple of summers back:

So this building work that’s been going on. iT has been rather disruptive for us and since it started, we haven’t really been in the garden much. The house behind us got sold at the beginning of last summer, a property developer bought it and is currently making the house MASSIVE. We did have this lovely old wall full of character and ivy that backed onto our neighbour’s garden, but that’s gone, demolished to make way for the big extension, and now this is what you see as soon as you see the garden:

Ok, that’s slightly unfair, this is what I see:

It’s still not great, is it? Although as my dad keeps telling me, at least the wall is a nice colour. How optimistic! We do get a lot of sun on that part of the garden in the summer so that wall will keep a lot of heat in for us, I’m rather looking forward to long summer evenings there especially once the ivy starts to grow over it again (and there’s a bit clump in the left hand corner of our garden so it’s only a matter of time). I have also bought a gorgeous looking clementis to grow up there too so I don’t think it will be too long before the wall settles in. I am also planning on getting a bird box to put on the wall too, as well as a Green Man face I’ve had for ages.

I want to dig that bed right at the back next to the wall up. It’s not a proper bed, there are paving stones underneath and it’s why I’ve not had much success growing veg there. It would be good to get a proper bed made, maybe have some sleepers around it so it’s still raised. Does anyone out there want to give me a hand with some manual labour?

The rest of the garden is looking tired. It needs a jolly good tidy up and a weed. Still it’s nice to see that there are some flowers around and the rhubarb is doing really well! 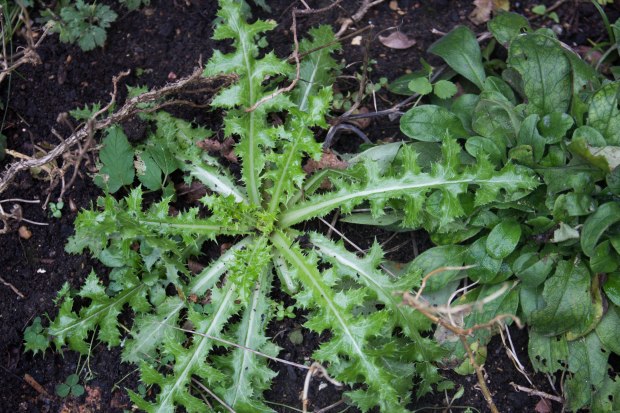 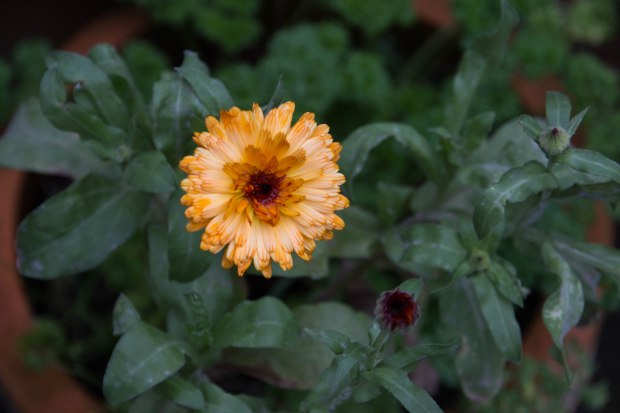 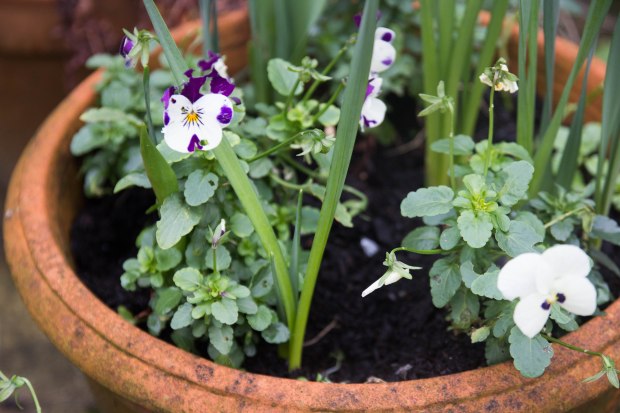 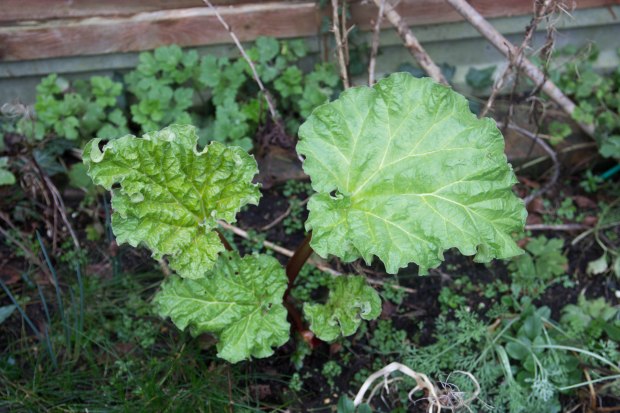